skip to main | skip to sidebar
Book Wench on Facebook

Once again Stephen King (SK) has done it again. Although the book was as thick as a nursing book and the letters where i think typewritten in size10, i managed to read it for 3 straight days. Almost all SK books are soooo thick that most people do not even consider reading it. They just wait for the movie adaptation of the book. But i say... books are more cooler then their movie counter parts.

So let's talk about the life Under the Dome. One October Saturday in Chester Mill, Maine, its residents were not aware that they have been trapped under the dome and worst... they got a 2nd selectman (a politician for those who don't know what a selectman is) who prays to God Hallelujah but set up meth drug factory behind their local church and boy this selectman is ambitious. When Domesday came (as they have come to call it) Rennie (the 2nd selectman) seizes the opportunity to gain power over Chester Mill.

First few chapters of the book a poor woodchuck (some kind of a beaver) was minding his own business when he was suddenly surprised why he has been cut into half. An airplane crushed through nothing and exploded. Truck drivers crash to nothing, and as you read more of the pages the death toll inside the dome is raising.

Reading through the book, i could not help but think that Under the Dome is like SK's short story the Mist. But unlike the mist, this Dome was not a failed military project and i won't tell you who set up the dome :P Although the book annoyed me. Sometimes books spill out every mystery in its story when you read the last chapter. Yes, i always skip to the last chapter to know who died or what. But mind you, i still read through the book word for word for i still want to know how the ending came to be. But with this book, i was totally lost. I couldn't find the one mystery of who set up the dome and how they got rid of it, this book has no short cuts.

Anyway, Chester Mill is just like your ordinary town, having a nice old day, nice young man, your average cougar, the pretty prom queen, your doctor, the town drunk, the town slut, the town addict and so on and so forth. And it amazes me that SK mentioned a lot of famous NYTBS authors within the book. Even Gregory House and Lost was mentioned. I kept on waiting for Supernatural and the Winchester Boy's to be mentioned but to my disappointment, nope.

The main events that happened under the dome was actually because of the actions of the power hungry corrupt 2nd Selectman Rennie. If it weren't for him the whole town wouldn't be like that town in Silent Hill by the end of the book. Even though SK have more then a dozen characters of his book, he never failed to build up character. I guess that's the reason why the book was so darn thick with size10 fonts.

What i didn't like about this book is how SK was so detailed down to the animals when the inferno happened inside the dome. For me it was horrifying to see birds and squirrels and woodchucks specially pets like dogs and cats trying to run away from the fire, from suffocation and from the poison air only to find out that they couldn't because of an invisible dome tramped them inside. The way SK wrote the gory details made me cry because of those poor animals.

The moral of the story, (oh yes there is a moral of the story and a pretty good one) but unfortunately i won't mention it. Coz if i do, I'll be giving away information about why there was a dome and how they got rid of it. Hey, i read through that darn thick book, so you read it too without any short-cuts. I tell you, if your a fan of the genre then its worth the time. ^_^
Posted by Rage An *its my pen name* at 1:25 AM 1 comment:

Labels: stephen King, Under the dome

Yes you read it right. If Stephen King was to fuse the book IT and Needful Things this would be it. But i wouldn't be surprised coz Straub and King are good friends and as they say good friends think alike. *shrugs*

Anyhoo, the story is about 5 old men who created the Chowder Society where they meet twice a month to tell stories. When Edward Wanderley died the 4 remaining friends started to tell ghost stories. What's scary about this that the ghost in their stories came to life. It was just like IT in the S.King's novel IT. IT takes form of your worst fear... in this book it takes form of your dead relatives, dead friends and dead neighbors and it will drive you crazy.

It all started when a girl named Eva Galli came to their town 50 or so years ago. Her fiancee died after cutting his arm on a farm equipment. He bleed to death shouting words like "Kill her", "Cut her to pieces", etc. Then this girl mysteriously disappeared in town. Later in the book you would know that the Chowder Society members that time merely out from being teenagers accidentally killed her.

There are a lot of strange scenes occurring in the book. Like when Sears (one of the CSmemebers) saw a pale boy on his stairs staring at her. And how they all dreamed about themselves being chased by a monster and seeing their friend's dead faces. 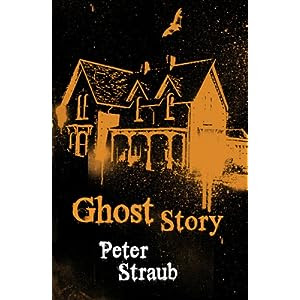 I say its like Leland Gaunt at S.K's Needful Things novel is because Eva Galli is more or less like Gaunt or shall I say her kind. They introduce themselves as the originals of the human supernaturals, that they appear as to how human's persive them. At first i thought the books is one of the classic Vadic type of books coz every time they tell a story the story comes to life or the characters come to like.

Reading this book made me jumpy whenever i hear things and I have to admit kinda make me paranoid coz you will really feel as if someone is lurking behind you just like Ricky felt or like Lewis felt when he took that job in his forest.

I have never read a book that scared me, not since IT and now this is the second book that creeped me out.
Posted by Rage An *its my pen name* at 10:59 PM No comments:

For your photography services need... for as low as php2000 for all services.

Visit us at: Pahina Photos 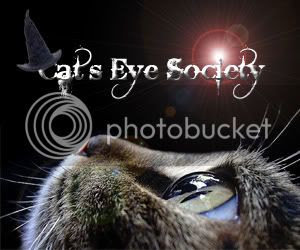